Alpine Region Development - University of Applied Sciences of the Grisons

Lived environments are shaped by their natural settings and different usage forms. In Alpine regions, settlement structures have developed peripherally along the natural valleys, as exemplified by the canton of Graubünden. Influenced by key sectors such as tourism, construction and energy management, there has been an emergence of economic, working, leisure and cultural spaces that are networked to varying degrees. The complex problems associated with their development require holistic approaches and solutions that cannot be managed alone by a single discipline. Working on an interdisciplinary basis, the organisational units active in the research field of alpine region development combine their perspectives and core skills in the following four research focus areas: Economic Policy, Settlement Development, Tourism Development and Construction in Alpine Regions. In doing so, they contribute to a better understanding and the further development of this heavily tourism-influenced living environment. At the same time, approaches from the area of sustainable development and requirements relating to digitalisation are integrated.

In Alpine living environments, buildings are exposed to more extreme stresses than is the case elsewhere due to the prevailing climatic and topographical conditions. University of Applied Sciences of the Grisons deals with Alpine Infrastructure Constructions as well as Settlement Planning and Townscape Development.
Discover now

In order to develop tourism successfully, changes and innovations are required with respect to the relevant offerings and business models. University of Applied Sciences of the Grisons focuses on the research fields of Service Innovation in the Tourism Sector, Tourism 4.0 and the Management of Tourism Real Estate and Infrastructures.
Discover now

The Economic Policy research of University of Applied Sciences of the Grisons primarily focuses on Alpine regions and adopts an application and solution-oriented approach in addressing the research fields of Regional Development, Labour Market and Social Policy as well as Energy Economics.
Discover now

The Institute for Construction in Alpine Regions (IBAR) focuses on issues relating to Alpine living environments. The wide range of cultural and historic building structures and the extreme natural conditions – for example with respect to climate and natural hazards – mean our team is constantly faced with the challenge of developing new building methods and solutions.
Discover now

Institute for Tourism and Leisure (ITF)

The Institute for Tourism and Leisure of the University of Applied Sciences of the Grisons is the university-level institution for education and research in the tourism and leisure industries with both national and international appeal.
Discover now

The Centre for Economic Policy Research (ZWF) is the competence centre for economics, economic policy and applied statistics at University of Applied Sciences of the Grisons. It specialises in the research fields of Regional Development, Labour Market and Social Policy as well as Energy Economics.
Discover now
Show all

The Building Lab is a service offering aimed at companies, public institutions and private individuals as part of which material tests – in accordance with or outside the relevant standard – are conducted on building materials (concrete, wood, steel, etc.) as well as experiments on supporting structures.
Discover now

The Service Innovation Lab (SIL) of University of Applied Sciences of the Grisons is the competence centre for human-centric service innovation in Graubünden. We are experts in the fields of design thinking, lean start-up, Google sprints, business modelling and other methods.
Discover now
Show all

Study business administration – the broad basic training you receive will enable you to master topics including digitalisation, management functions, personnel, marketing, accounting, banking and corporate governance. You will develop your own ideas and concepts that you apply during projects of real companies.
Discover now

The bachelor’s degree programme in Digital Business Management covers the design, implementation and coordination of digital projects – from online marketing to websites and mobile apps. You learn how to work with innovations and technologies and how they can be used in companies and start-ups.
Discover now

Are you interested in communication as well as the presentation and production of multimedia contents and also eager to learn about the required media and programming technology? If so, the bachelor’s degree programme in Multimedia Production is perfect for you.
Discover now

The master’s degree programme in New Business of University of Applied Sciences of the Grisons deepens your knowledge in the area of new business development. It demonstrates how new products emerge, new markets are developed and complete new business models result from technological, environmental and social trends.
Discover now

Do further study in Event Management! In the CAS, you will deal with sporting, cultural and corporate events. You will acquire expert knowledge in the fields of Sponsoring, Event law, Budgeting as well as Project Management.
Discover now

A basic knowledge of business is essential for management staff. The Diploma of Advanced Studies (DAS) introduces students to the field of Business Administration. The basics are taught in the fields of Management, Leadership, Finances and Controlling, Law, Production and Marketing.
Discover now

The job-concurrent Master of Advanced Studies (MAS) in Energy Management offers management qualifications for fields of activity which directly and indirectly relate to energy production, creation and distribution.
Discover now

Executive staff are increasingly having to think and act like entrepreneurs. Only in this way can companies exist in a dynamic environment. The Master of Advanced Studies (MAS) focuses on developing entrepreneurial skills and comprehensive leadership expertise.
Discover now

In the area of research and development (R&D) as well as knowledge and technology transfer, University of Applied Sciences of the Grisons cooperates closely with companies, public bodies and non-profit organisations. These partners benefit from experts in a wide range of subjects and gain access to modern research infrastructure. This allows them to expand their own expertise. The specialist knowledge of University of Applied Sciences of the Grisons can be accessed in a variety of ways. 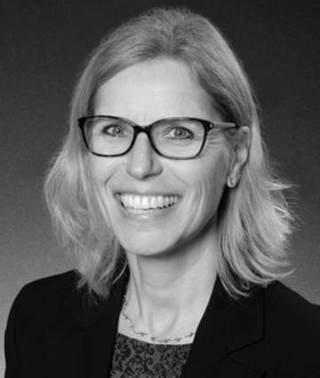